But my body dares to differ.

That’s the weird thing about aging – you feel the same, but suddenly it’s impossible to laugh too hard after drinking a Dixie cup of water without dribbling down your chin or legs.

My body hates me and betrays me every chance it gets. We used to love and mutually respect one another. We used to have dinner before sex and cuddle after. Those days are over. We’re broke up. Literally.

In the midst of a conversation with a store clerk when I am perfectly healthy, my nose will suddenly drip with no warning whatsoever.

I’ve put my back out twice just bending over to tie my shoes.

The only place my hair is getting thicker is on my chin.

I can’t relax during yoga class because I’m afraid I might fart.

On the plus side, I’m old enough that I don’t care if I say fart instead of “pass gas.”

And, I can’t use a neti pot from two to four hours before leaving the house. The last presidential election was proof of that.

In a hurry to vote and make it to work on time, I used a neti pot –  which I swear by for avoiding sinus problems – then rushed to the polls.

In a looooong line of people, many of whom I knew and recognized, I was having a lively conversation with one of the poll workers when I bent over to look at the district map that was taped to a table.

Saline water gushed out of my nose onto the map, which was — thankfully — laminated.

People stared in horror. Some backed away.

It was almost as if I had told them who I was voting for — only much worse.

As I dived for a tissue in my purse, I tried to explain, without success, that it was only saline water from a neti pot.

I might as well have said I was suffering from Ebola hemorrhagic viral fever.

I was caught in a bad Van Gogh dream, looking into the terrified eyes of 80 people clutching their heads and screaming soundlessly with open mouths.

The weird thing is that sometimes when I pour that little pot of water in one nostril, NOTHING comes out of the other nostril.

That’s when I should have a clue not to bend over for the rest of the year.

I mean, where does it go? It’s supposed to flow in one nostril and wash out the sinuses and nasal passages and then flow out the other nostril.

Is my head a vacuous wasteland of saline water parks where cells dance and frolic?

I’m sure it has to do with aging. Everything does these days.

Maybe the saline packs into the recesses of my head that used to be filled with working brain matter, but are now empty chasms of space filled with meaningless phrases like, “Where did I leave my glasses?” and “Damn! Why did I come in this room?” and “Rutabagas scare me and my intestines.”

As they say, it sucks.

Or does it blow? 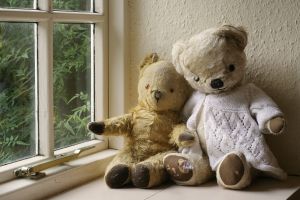