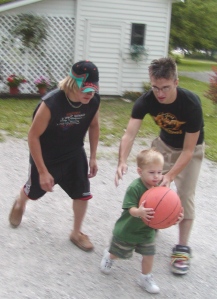 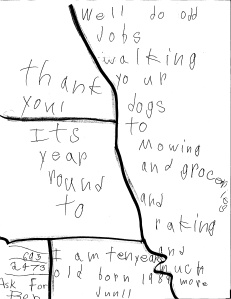 Due to busy and conflicting schedules, and because I was a working, single mom for many years, my children and I had to take a lot of shortcuts.

Shortcuts, by the way, is Latin for “single parent.”

We communicated by writing a lot of notes to each other. After deciding in fifth grade that I was a writer, it just seemed logical to communicate with my offspring through the written word.

During summers, when the kids were out of school, those notes turned into a Tolstoy novel.

As I often remind my kids — it could be worse. What if I was a professional roller derby athlete? Those women don’t mess around with leaving notes. When their kids misbehave, I’m sure it’s a quick elbow to the guts or an expertly maneuvered roll over the shins that brings them to their senses. And knees.

I prefer jotting over jabbing, which goes something like this:

Kids: Keep the house clean. Be good. Be respectful. All of the bath towels are missing. Find them and put them in the laundry room. ALL of the glasses and cups are missing. Find them. Wash them. Use dish soap, not bar soap like last time. The principal called. Do not wear my Stray Dog Tavern T-shirt to school again. You know better.  Return it to me at once! One of you see if Grandma needs her yard mowed. Don’t take any money for doing it, no matter what she says. Love you, Mom.

P.S. ALL glasses, cups and towels must be recovered or no allowances this weekend.

Mom, Jammin’ at Steve-O’s. No towels in my room. I’ll check my car and trunk later. Promise. All the glasses from my room are in the sink. Ben took the rest. I had to go to work and did not have time to wash them. Make Ben do it. I need $5 for gas. Took it from the money jar. My check was short this week. I’ll pay you back. Promise. Love you. Don’t have your shirt. Ben probably stole it. — Chris

Mom, I mowed Grandma’s yard, so I did not have time to look for glasses and towels. Chris didn’t do anything. I do everything. Can I borrow $5? I’ll pay you back. Promise. Gatt’s dad is taking us to Hooter’s. We can go in cause we’re not drinking beer or nothing and Gatt’s dad said the buffalo wings are good. Harpo borrowed your dog drinking shirt. I told him to bring it back. Love, Ben

P.S. Grandma MADE me take some money. I begged her not to.

Boys: Chris, get my towels out of your car! AND the glasses and cups. No jammin’ with Steve-O today until your chores are done. Do not take your guitar amps outside. The neighbor will call the cops again. Ben, stop taking my white socks! Do your own laundry – you learned how in 4-H last year, remember? No going to Hooter’s. The wings, among other things, are not real. We’ll talk later. Get my dog bar shirt back from Harpo and do not loan my clothing to your friends. Beaner still has my Life is a Beach hat. Get that back, too. Love you guys. Keep the house clean. Be good. Be respectful. — Mom

Mom, Can I go to the Withered Craniums Morgue concert in Cincinnati this weekend? I’ll do all my jobs. Promise. I’ll be good. And respectful. Can I borrow $55 for the ticket? I’ll pay you back. Promise. Harpo’s mom called for you. All the glasses and cups are back in the cupboards. I found all the dirty towels in the upstairs closet. Ben should have to wash them cause he put them there. I didn’t. I should get a reward for finding them. $55 would be good. Love, Chris

Mom, All my socks are gone. Chris stole them. He’s a but. Went to Hooter’s. Kidding. Ha. Can I spend the night and watch movies at Murk’s and Mel’s Saturday? Took $2 out of money jar. Will pay you back. Promise. Chris is letting me practice drive in the driveway. There’s a lot of glasses and cups in his car. There was one under my foot and I almost drove into the neighbor’s house. I’ll be 16 in 2 years, you know. Did you hide some pop? Where? Love, Ben.

Chris: Cincinnati?! I don’t think so. Cincinnati is a BIG city. Besides, for $55, it should be the Rolling Stones or Beatles, not the Shriveled Deadheads or whoever. We’ll talk later. If you have Ben’s socks, give them back — he’s wearing mine. Do your laundry! Feed the cat! —Mom

Ben: Butt has two ts, BUT don’t call people that. Yes, I hid the pop. Look up the meaning of “hide” in Webster’s. Also hid the money jar. By the way, is Mel Murk’s brother or is Mel Murk’s sister? You are too young to date. You know that. No more overnights at Murk’s if Mel is a girl. We’ll talk later. Keep the house clean. Be good. Be respectful, especially to Mel. —Mom

Mom: Aren’t the Beatles dead? Are the Rolling Pepples those old guys with bad skin? The Withered Craniums Morgue is so much awesomer! I can drive to Cincinnati. I have a map. I will be 18 next summer. You had a baby and lived in California when you were 18. I must go to that concert! Please? I’ll be good. And respectful. I won’t have a baby. Please? Can I borrow $20 for gas? I think Ben stole my money. I can’t find the money jar. I think he stole that, too. I’ll pay you back. Promise. —Chris.

Mom, Chris stole my new DVD. He’s a butt with two ts. Mel is a guy, Murk and Gatt are girls. Ha. Kidding. I found the pop in the dryer. Bet you thought I’d never find it there? I was looking for some money. I only drank two. Chris stole the rest. Going to mall with Gatt. Harpo’s grounded and he can’t go. I’ll be good. —Ben

BOYS!! Harpo’s mom is mad. We’ll talk later. You guys are in trouble. I strongly suggest you do ALL of the chores on your list.

Chris: I was married, living in California and had your sister three weeks before I turned 19! But I was never allowed to drive to a rock concert in Cincinnati at that age. The Rolling Stones are TRUE rock and roll. Never speak ill of them again or you’re grounded! Why are you are spending so much on gas? You work two blocks away.

Ben: I found your new DVD – the one you accused Chris of stealing — in my sock drawer … WHO DRANK ALL THE POP? It’s gone. Saying “but with two ts” is no less rude. Keep the house clean. Be good. Be respectful.

P.S. No glasses in the cupboard AGAIN. Find them! Today! Wash them! 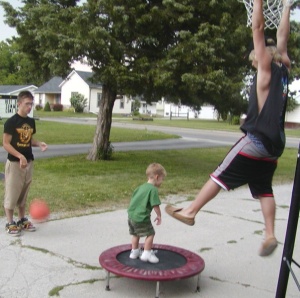 1 thought on “Post-it Parenting: Raising Kids by the Letter”